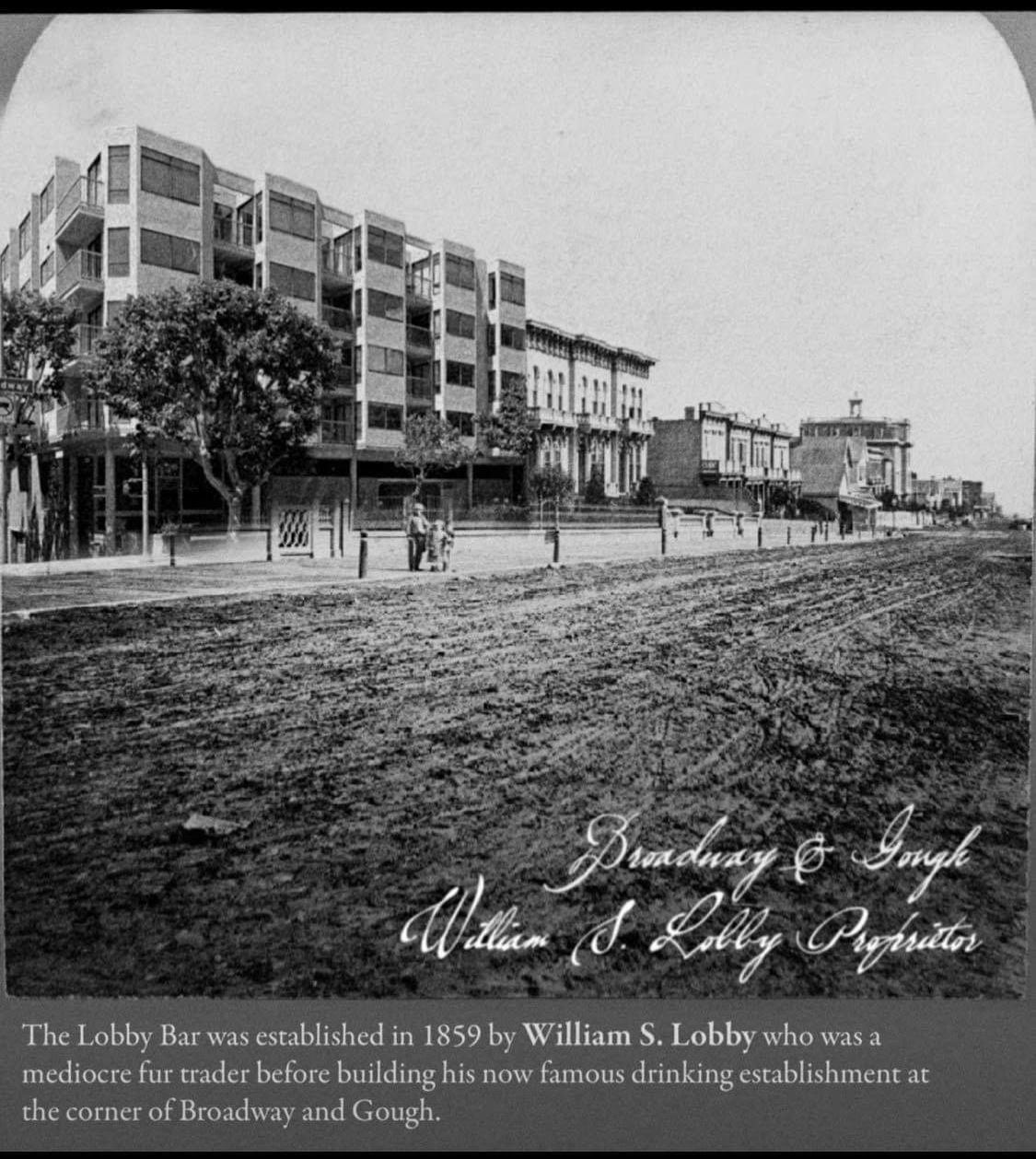 The Lobby Bar has a rich and storied past.  Founded in 1859 by William H. Lobby,

no bears in San Francisco, opened the Lobby Bar as a way to domesticate

Ducks as pets. Seen in the photo from 1859 on the left, The Lobby Bar has

contributed nothing to San Francisco or Pacific Heights, other than being

housed in a building that was consideredgroundbreakingly awful for it's design

in the 1850's. It's widely speculated that Frank Lloyd Wright upon seeing the

(Stay tuned for More of the Lobby Bar History as soon as we make it up.)